What exactly is a human right? I've heard many people argue that this is a right or that is a right. In the last decade, probably healthcare as a right has been a fairly common discussion. But is it? Is marriage a right? Is clean water and food a human right? Right to work? Guns? 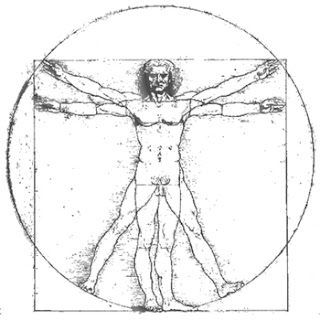 I love the writings of archaic and irrelevant philosophers who discuss topics that have no relevance in our modern world. That's sarcasm of course, but a common argument I've heard, even by a popular judge, to define new limits on rights. But it all comes back to the same question: what is a human right?
It's an old question, and why I enjoy the philosophies of the ancients, who are often, as stated previously, misunderstood to be rich and sexist elitists who had no progressive vision of how our world would work today. But as I read them, I find that it really isn't that different, and these "elitists" are not quite what people today declare.
Socrates said, “The state will only ever be a half of itself” in reference to women lacking the same rights as men. The Roman stoic Lucius Seneca declared, “A sword never kills anybody; it is a tool in the killer's hand.” Even modern medicine holds as a foundation to the words of Hippocrates who said, “As to diseases, make a habit of two things — to help, or at least, to do no harm.” None of these ideas, stated by men dead now for at least two millennia, seem irrelevant against the struggles of our modern world.
But as to the point - the human right, I begin seeing the term and idea best converging with what we mean and understand it around the time of the Magna Carta and well defined in the writings of John Locke when discussing the Social Contract. Much of this philosophy influenced the framers of the American Constitution and the radical idea that people had a right to determine their own destiny, as individuals and as a society.
It was Thomas Jefferson who furthered the idea of natural rights, which are those independent of laws, customs, culture, or government. He declared these inalienable rights exist for every person and are endowed to us outside of any human definition. “We hold these truths to be self-evident, that all men are created equal; that they are endowed by their Creator with inherent and inalienable rights; that among these, are life, liberty, and the pursuit of happiness.”
It is interesting to note that in the early drafts, often attributed to the influence of the Magna Carta, Jefferson listed property instead of the pursuit of happiness. It is my opinion that he judged the ownership of land and items is really more of a social construct rather than a true natural right because if there are no other people around, there is no need to distinguish ownership and property.
And that's really the test. Jefferson rightly applied it when finalizing the words of this Declaration sent to King George III. A true human right is something that is not defined nor awarded any government. It is something that exists even when there is no government. Jefferson would go on to argue that it was the purpose of government to ensure that during the interaction of the Social Contract that these original, natural and inalienable rights are not threatened. “Natural rights [are] the objects for the protection of which society is formed and municipal laws established.”
Many people define the Social Contract as the relinquishing of some of our individual rights in trade of the benefits of living in a group. While an interesting point, it is not at all what the Social Contract means. The philosophy basically means the collective citizenry can withdraw their obligation to obey rules, change the leadership and redefine processes of managing their culture through orderly and systematic ways, such as elections. Additionally, when a government prevents a formal arrangement to make such changes, such as tyranny and corruption, that violence to bring about the majority change desired is inherently justified. The Social Contract is not about our individual rights being given up but rather about the requirement and purpose of government to preserve them.
So, when asking what is a human right, the answer is something that exists outside of and without government. If it is something that relies on government to provide, then it is not really a right. If it requires a social contract or group organization, it is probably not a human right. It is difficult to apply this to every scenario, but it is a good rule of thumb when trying to decide if you have or even should have the right to do something - at least as a natural, inalienable human right.
Posted by Dj Hackney at 12:30 PM
Email ThisBlogThis!Share to TwitterShare to FacebookShare to Pinterest
Tags: America, Change, Conflict, Health, Misfortune, Philosophy, Politics