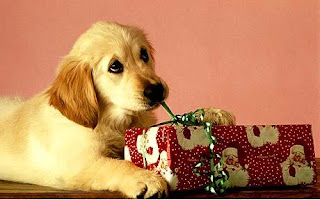 It's Christmas Day! If you are having the average morning here in America, you probably have had a sick spouse or children, the dog whizzing on the tree, someone smeared chocolate from the stockings on the tablecloth, and a major ingredient for the family dinner was likely forgotten. Faking smiles and burying your anger because you believe everyone around you expects you to maintain a good mood regardless just because of the date on the calendar.
However, take a moment, breathe and relax. Know that those with whom you surround yourself today love you and don't really care if your hair isn't perfect or if the turkey is a little dry. The fellowship, the love, the gift of peace for everyone everywhere is why we celebrate this day. Stop and remember this; let the stressful details go and enjoy your friends and family. It doesn't have to be (and won't be) perfect...and they will love you anyway.
Look around at the children today too. They don't know anything but how to have fun today. They are filled with joy and excitement. They probably have no stress and probably no regard of impressions to make either. I think there must be a lesson there somewhere. Perhaps today I should strive to be a little more childlike without shurking my responsibilities, of course. If anyone gets that one figured out, let me in on that secret.
Anyway, may today (and everyday) be filled with joy and blessings beyond understanding and that transcend the conditions around you. Count your blessings; I bet like me, you have many, many more than you permit yourself to recognize on a daily basis. I know I have an amazing life and some of the most wonderful people to share it with me. I love them all, and I know they love me - and that's all that matters today. God bless everyone!
Posted by Dj Hackney at 10:45 AM 1 comment:
Email ThisBlogThis!Share to TwitterShare to FacebookShare to Pinterest
Tags: Attitude, Faith, Jesus Christ, Parenting, Philosophy

I’d love to hear Will Smith rap about raising kids in response to his teenage song twenty years ago. But let me just say, raising kids is not for the weak. My daughter is wonderful. She is talented, makes good grades, stays out of trouble, has reasonable social activities, can converse on an adult level, conducts herself in a strong moral fashion and is generally congenial. But wow – there are moments I still want to kill her. 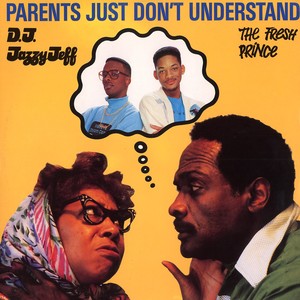 Recently, she has been going through a forgetfulness phase, losing jackets or forgetting homework or leaving her phone at different places. It’s been the theme of the past few weeks and always an item that would seem “mission critical” for the context of what’s happening next. Worse, her attitude becomes one of indifference or expectation that her parents are servants to resolve her mistakes.
However, to demonstrate the dichotomy of this young teen and how soft-hearted she can be as well, I must note that in the midst of me writing this, she came into my office and asked if she could stay after basketball practice tomorrow to scrimmage and help coach the Special Olympics participants. So, it is difficult to complain about her attitude.
Nonetheless, much of success is gained through discipline. I don’t mean punishment; I mean discipline in the way of keeping oneself to a schedule or routine with a commitment and promise to oneself to do whatever is required to stick with it. This is a tough thing to practice for most adults, but that is also why it is important to establish it when the kids are still young. And I have failed to instill this well in my child.
With that in mind, I thought I’d share an idea we are trying here. I’ll keep everyone apprised of how it works. It may be a dismal failure, but I’m hoping it will be a radical break-thru. In reality, it will probably just be one more thing to try, but we’ll see.
We have listed out the expectations of my daughter, house-hold chores and general responsibilities. This is typically maintenance stuff, like keeping her room “non-atrocious” in appearance, cleaning the guest bathroom daily, and feeding the dog. I think most parents struggle to keep their kids doing such things. So, we have created “consequences” – which is entirely different from punishment, which would be used for defiant behavior or the deliberate breaking of house rules.
These “consequences” are designed to mimic life, where the impact of one’s mistake is perhaps more random. In my life, minor mistakes sometimes have huge consequences, and sometimes I have a huge blunder that I just get away with out of luck. So, I’m conducting a list of things, such as “lose phone privilege for a day” and “must do an extra chore” but have included “pay a dollar” and “nothing this time” on the list. When she fails to do her duties, we are doing to roll dice and randomly select the consequence.
We’ll see how this goes, but I’m hoping it will make her more alert and aware of responsibilities. If nothing else, it will teach her that sometimes life just isn’t fair – and that’s a lesson we could all stand to remember.
Posted by Dj Hackney at 6:30 AM 2 comments:
Email ThisBlogThis!Share to TwitterShare to FacebookShare to Pinterest
Tags: Attitude, Parenting, Sports
Newer Posts Older Posts Home
Subscribe to: Posts (Atom)