WARNING!!!! If you take photos with your cell phone

Ok, this one has been going around recently. First of all, yes, it is true. But the EXIF format embedded into images has been around for several years. This is not new. If you haven't known about the dangers of this, then you've probably already had your children kidnapped and house robbed...or if you haven't then perhaps your practices versus this threat aren't as much of a problem as being promoted.
So, let's break this one down. We will start with the Droid phone cameras. There are several versions and flavors, of course, but I'll discuss Jelly Bean (or version 4.1). If you go to the camera settings, it is simple to turn of the GPS tag. Most manufacturers do not turn this on by default...but there have been versions in the past that have - Gingerbread Droid phones and the iPhone 4S are examples. 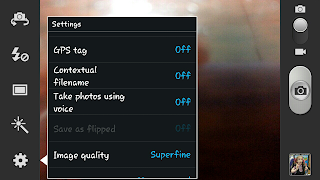 Next, where are you posting these pictures? I would guess that 95% of America is "sharing" them to Facebook or Instagram. Just so you know - both of those apps do not use the raw format of your file; they strip metadata, such as EXIF GPS information, before posting the photo. So, it is not possible (today) for these photos to give away the location of your children or gun safe.
Further, if you post to other locations, do a test run. Post a "safe" photo with the GPS tag turned on. There might be real reasons for wanting to know where the image was shot. Know your providers methods for stripping or not-stripping meta data on posting. If you don't take the time to understand this, it is the equivalent on not reading a Safety Data Sheet when handling dangerous chemicals! I don't mean to sound too harsh, but IT IS YOUR RESPONSIBILITY!
So, if you do post elsewhere and need to strip the data...well, one obvious solution is post it to Facebook and download it back to your computer. But that might strip some wanted image quality. Plus, it's a silly hassle. Realistically, you might have a great photo you want to share, but you're not sure if it has tagged data in it. Here's the answer: There is a Windows app call "JPEG & PNG Stripper" (pole not included). It is from Steel Bytes, and it can view and strip this data from a photo.
One other thing to consider about image metadata - and this might be more important that EXIF data: When you take that "selfy" fresh out of the shower, then crop it to only a headshot...well, some programs don't remove the image data outside of the crop. Thus, it is possible in certain cases to reconstruct the original (potentially embarrassing) photo.
So, all that being said. The warning is fair, but perhaps a bit more scare-tactic than reality. Just remember, cell phone cameras are great, but like anything else - understand what it is you are operating and you'll be fine.
Posted by Dj Hackney at 12:30 PM
Email ThisBlogThis!Share to TwitterShare to FacebookShare to Pinterest
Tags: America, Misfortune, Technology