And Justice For All

Well, Tulsa has been a hotbed of racial tension and national news for the last week. People all over this country have very strong opinions concerning the fatal shooting of Terrence Crutcher by police officer Betty Shelby. Not only was it a white officer on a black civilian shooting, but the video released makes it very clear there were problems on both sides of the encounter. This, of course, makes the opinion of whichever side one is one very adamant.
The reality is when I first saw the footage, I drew a quick conclusion. And I watched it again, and from a helicopter viewpoint. How I saw it, the larger civilian ignored what must have been comands from the police officer and started to return to his vehicle. But nothing threatening really seemed to occur to justify the firing of a deadly weapon.
However, I am also old enough to remember the murder of Deputy Dinkheller of Laurens County, Georgia, and how that case set a national protocol for police not allowing a non-compliant person to return to his or her vehicle. There are also more images being released which show Crutcher lowering his hands just a flash before Shelby fired.
While contemplating the events, my mind traveled back to a movie. Now mind you, real life isn't a movie, nor are the events in the movie remotely close to what happened in Tulsa; however, there is still an important relevance.
I thought of the movie, Se7en, with Brad Pitt and Morgan Freeman. At the end of the film, Brad Pitt's character shoots and kills an unarmed, non-threatening man. Granted, the provocation of what was in the box was huge, but what I considered was that no one in the audience felt bad for the dead criminal. Moreover, many felt like the shooting was justified, and were saddened when they see Detective Mills being placed under arrest.
Again, we live in real life, not a movie. And there is no evidence that Crutcher was a serial killer who had set up officer Shelby as happened in the movie. But the point is perspective. When watching the movie, we know all the details, all the suspense, all the pain that Detective Mills suffered in those few seconds before pulling his weapon and shooting John Doe in cold blood.
What we don't know in the Tulsa case is what happened prior to the start of the released dashboard video. Apparently there is roughly 90 seconds of interaction between Shelby and Crutcher prior to what we've been allowed to see. We simply don't know what happened in that time. Perhaps it explains why she was so concerned and so fearful of him returning to his vehicle and not following her commands to be detained. It is equally possible that what happened explains his reaction to her overbearing and unreasonable handling of a simple matter. The point is -- we don't know.
The good news is this won't be buried, those additional pieces of evidence hidden. Officer Shelby has been charged and a warrant has been issued for her arrest. These means all those missing pieces: the prior 90 seconds, the PCP, what (if anything) he reached for at the truck window, her past demeanor in other scenarios, her previous drug usage, additional imagery and so much more -- all of these will come before a court in due process to discover the truth of what happened. 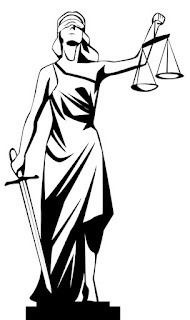 I'm a strong supporter of the police. I think many sensationalized cases have been blown out of proportion by the media to stir public opinion by a skewed perspective. However, I also believe our city governments and the politics of militarizing our police does not have near enough oversight or accountability. There have definitely been abuses of power that have been further swept under the carpet by those who refuse to damage the municipality's reputation to seek justice.
I also have to commend the relatively civilized response by the people of Tulsa. The protests did not taunt police, did not involve rioting, did not burn down any property, and no one else was shot. There were vigils, support, and yes, anger - but nothing like what happened in North Carolina. In Charlotte, the protests brought all those additional torments to their suffering. It would seem that "redneck, racist" Oklahoma might have an element of civility or order to it despite its national reputation.
At the end of this, I don't know whether I will agree with the verdict or not, but at least there will be a process where judgment is not purely one-sided. I pray that we all remain level-headed and reasonable about the matter, even if we are very upset by it. And again, the process of justice will occur. I believe everyone will agree that is a good thing.
Posted by Dj Hackney at 10:00 PM
Email ThisBlogThis!Share to TwitterShare to FacebookShare to Pinterest
Tags: America, Attitude, Compassion, Conflict, Death, Misfortune, Movie, Suffering