This morning, as I was trying to leave a convenience store parking lot, a peculiar occurrence happened. I needed to cross two lanes of traffic to turn left, and there was oncoming traffic in both lanes from the left-hand side. A lady in a little Civic slowed down and waved me out take the spot in front of her. I’m not sure whether she didn’t see my turn signal or whether the off-angle of my car deceived her to think I wanted to turn right or perhaps even whether she was unaware of the other traffic around her made a left turn unsafe. However, after a few back-and-forth gestures of “go ahead” countered by my “no, I’m turning left” indications, the lady’s face became filled with frustration followed by another gesture, promoting me to number one. Then she sped up to fill the driving void.
For a moment, I began to become angry, but then I simply giggled to myself. Perhaps this was mild bit of schadenfreude that she would be so upset I wouldn’t accept her attempt to be helpful and that it didn’t work out how she wanted. Her other body language – the parts not confined to her final gesture – indicated a message something like “See, I try to be nice and look what happens. I won’t make that mistake again.” Now, I can’t possibly know if those were her thoughts or not; however, her anger over the situation was obvious.
I’ve been thinking about anger a lot recently. I tell this story, not to vent because I’ve already resolved the small frustration I had due to a random person attempting to alter my feelings. No, I tell this story to demonstrate how much anger is around us all the time, and how even simple, well-intended actions can become anger-filled moments.
Something we hear a lot, but I don’t think it really sank in for me is the phrase, “It’s not healthy to bottle up your anger.” However, this runs in conflict with another piece of clichéd advice: “Don’t lose control of your temper.” That phrase has always left me with the impression that I should not express my anger. Of course, I can’t “bottle it up” either. So, the logical conclusion has been, to be a well-balanced person, I should not have any anger.
Writing it out like that exposes how ridiculous that idea truly is. However, for years of my adult life, despite knowing all the social and psychological phrases about anger, this don’t-be-angry premise coerced my thinking about anger.
Interestingly, some wonderful sources about anger, including a great friend of mine’s book, have subtly reinforced this wrong thinking on my part. This is no fault of the books or their authors. In fact, often they addressed this very issue, but something in me wouldn’t hear that message.
See, a lot of anger management focuses on “preventing” anger by rationalizing and intellectualizing the situation to determine whether it merits being upset. I think this is hugely important. Being angry because someone won’t accept your generosity of cutting in line from a parking lot is an awful waste of time and energy. Having compassion for others, realizing intent over behavior in others and many other tools for preventing unnecessary anger is a vital piece of the puzzle for controlling one’s temper. But I allowed those messages to reinforce the assumption that I shouldn’t get angry.
No matter how well-balanced, self-actuated and morally-centered a person is, he or she will become angry at some point. Rational or not, there are times we just blow a fuse and all that logical analysis doesn’t do squat. Sometimes, actually a lot of times, the neuron-chemicals pour into our brain regardless of our forebrain’s will to reason it away and we are angry – and there’s nothing we can do to stop that momentary emotion from existing.
Here’s another cliché we know: “It’s about how you handle your anger.” And that’s true, but if you’ve lived most of your life with the don’t-get-angry principle shrewdly in control, then that phrase becomes just a saying, holding little applicable value.
As I said, I’ve been thinking about anger a lot recently. It is this saying, the one about how to handle anger, that is becoming very effective and meaningful. I’ve found some recent material that has allowed me to view this in a pragmatic and solution-based way. In just a few days, I’ve already seen an effect within myself and in others based on how I understand and rate their expressions of anger.
I’ll follow-up with an update soon. Part of my struggle is seeing how well some of these new concepts stick. I often have difficulties turning good application into habits that last longer than just the first few days after learning them. I feel good about this one, as it fits my personal style a bit more practically than some others. So, we shall see. 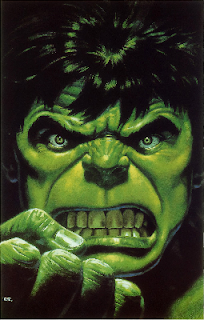